Continuing the legacy of Merle Norman, The Spa carries an extensive line of Merle Norman Cosmetics.
Receiving the Gold Medallion Studio award, this locally owned franchise has
served the Pitt County Community for over 40 years!

We invite you to JOIN our Merle Norman family!
Stop in today, meet our makeup artistry team, enjoy
makeup tutorials and consultations. 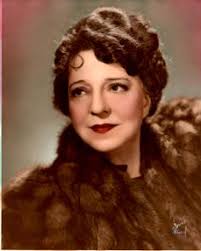 The company’s beginnings are an American success story. It started in the late 1920s when an ambitious young woman named Merle Nethercutt Norman began sharing skin care products of her own creation with family and friends. She demonstrated the products as an added service, believing if she could “get it on their faces” they would become customers.

"Try Before You Buy"

It was from this concept that the famous and much imitated slogan, “Try Before You Buy” originated. Merle Norman is also the inventor of the legendary “Before and After” makeover. As demand grew, she opened her first Studio in 1931 in Santa Monica, CA, with the help of her nephew, J.B. Nethercutt, who assisted in the development and manufacturing of her products. Decades before working women were the norm, Merle Norman gave hundreds of women the opportunity to achieve business success by owning and operating their own Studios. Her single Studio has evolved into the
successful corporation it is today.

View tutorials and tips on the latest collections from Merle Norman HERE!